Foundation Repair of CA Before & After Photos 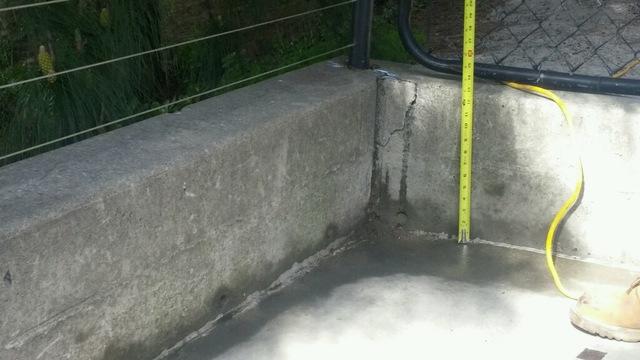 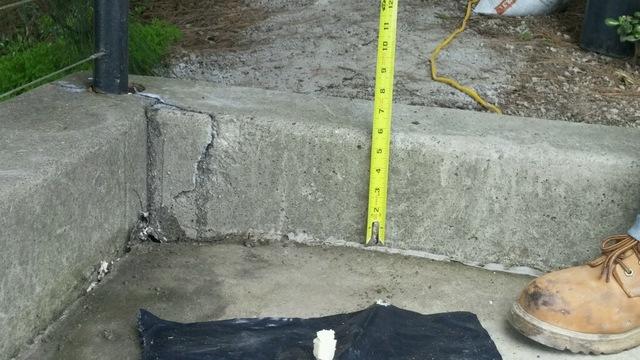 This homeowner in Tiburon had a driveway/parking area that sank six inches due to the shifting soil beneath it. This movement caused the flow of water to be disrupted and multiple puddles would remain long after it rained.

After contacting Foundation Repair of California, one of our crews used a PolyLevel injection to lift the slab six inches and back to its original position. The PolyLevel process uses a 2-part polyurethane foam to quickly and efficiently raise the concrete slabs that are used in patios, driveways, and much more.

This homeowner is now happy with their driveway that not only looks great again, but correctly directs any water to their drainage system! Contact us today to schedule your free estimate. 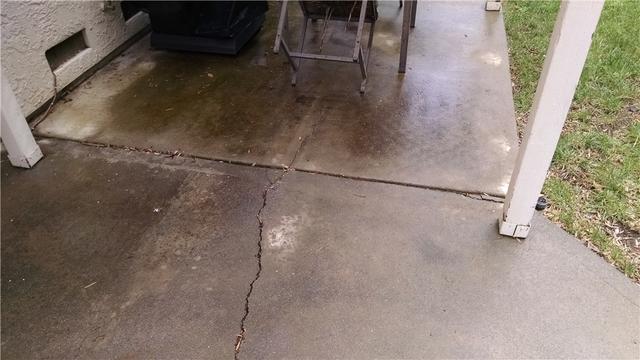 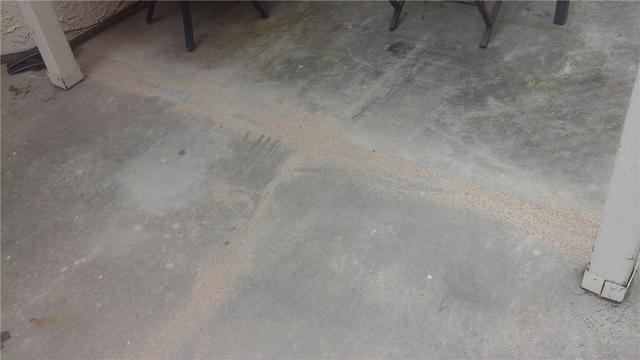 This patio was a concrete slab it had a crack that practically cut it in half. One half of the slab was sinking too. So the homeowner contacted us, Foundation Repair of CA. Our solution was PolyLevel System, this high density foam could lift the lower half to meet the stable half of the slab. 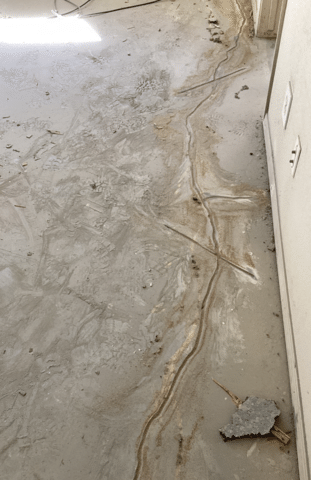 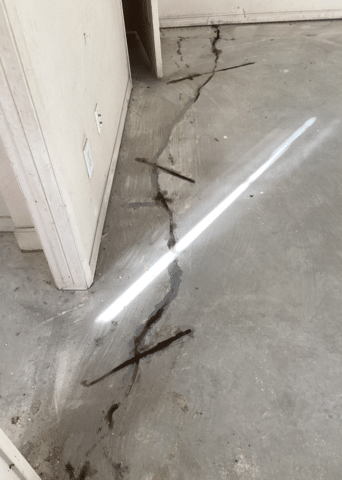 The concrete slab of this home had many large cracks in it, a sign that the foundation was settling. Our solution for this was to install push piers on the exterior foundation and install slab stitches on the interior slab. Here is a before and after of the slab stitch repair. The slab stitches act just like if a doctor gave you stitches for a wound that needed to heal. 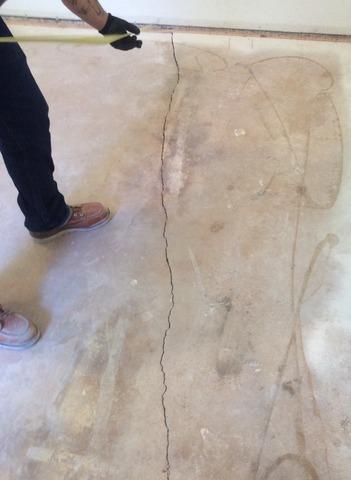 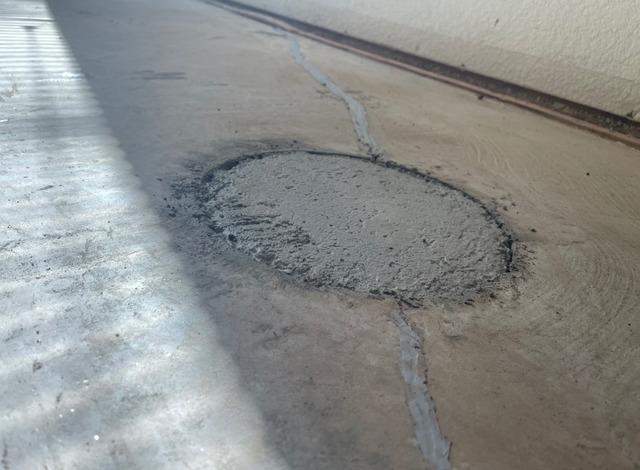 The existing concrete slab was experiencing cracking. We saw cut holes in a pattern and installed PP288 Slab Push Piers to prevent further cracking. The holes and existing cracks were then sealed with a concrete patch. 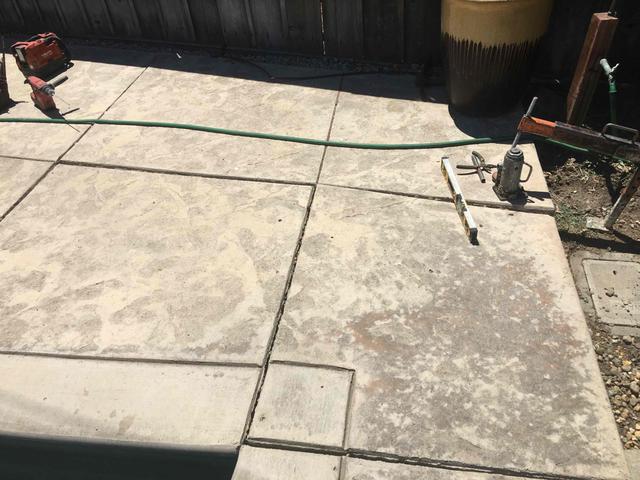 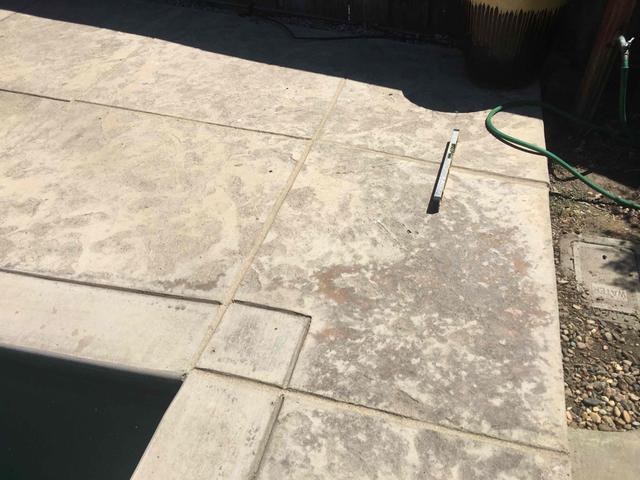 Mr. Stewart loves his pool and he loves his kids, but, more importantly, he loves when his kids are smiling and having fun. That is why it became such a concern that a portion of his pool deck had broken off the main slab and had begun to sink down and create a tripping hazard. Because summer was coming within the next two months, he became increasingly distraught at the thought of his children and their friends playing in the pool, only to trip, fall, and scrape their knee, or worse, break a bone.

Thankfully for Mr. Stewart, Jim Palamedas was able to evaluate the issue and find the best solution for him. When Jim arrived at Stewart's home, he took his time to properly document and assess the problem area, and used the opportunity to carefully explain to Mr. Stewart of how the solution will work.

When David "DJ" Serpa arrived to the home two weeks later, he agreed with Jim's assessment that the Poly Level system would be the perfect solution. DJ expertly injected the polyurethane foam underneath the slab and watched as the slab rose up to match the surrounding areas, and thus eliminate the tripping hazard.

Mr. Stewart appreciated the work done by Foundation Repair of CA. Jim was timely and thorough and DJ was a expertly careful craftsman, and thanks to the two of them, Stewart's children can play in the pool with no worries of scraped knees.