Foundation Repair of CA will be in service during the shelter in place order and we are taking every precaution necessary to ensure the health of our customers and our employees. We are approved by the state to continue work.

Letter From Our Owner, Mark Phelps, In Regards to Coronavirus

In 2011, Hurricane Irene wreaked havoc along the East Coast. The Romanos and the Kesslers, two Long Island homeowners, had their basements destroyed by a flood for the first time.

To add insult to injury, Mrs. Kessler learned the hard way – as did many homeowners in the affected areas -- that the damages weren’t covered under their homeowner’s insurance policy. After dealing with the messy and costly cleanup, both families decided that they would take every precaution to avoid going through something like that ever again.

After shopping around, and looking at several solutions proposed by other waterproofing companies, they opted to have Basement Systems come and install a full WaterGuard interior drainage system and a TripleSafe Sump Pump System.

When they heard of Hurricane Sandy, which even before landfall was already being nicknamed “Frankenstorm” by meteorologists, they didn’t believe their basements could survive it.

In October of 2012, Hurricane Sandy hit the eastern shore, flooding streets and entire neighborhoods along the coast, and leaving millions without power for many days.

While all their neighbors were dealing with devastating basement floods, their basements, to their surprise, were kept dry and safe.

Even after the Romanos had to turn off their generators and lost power completely, the battery operated backup sump pump, which is part of the TripleSafe system, was working to keep their basement dry.

Once again, Basement System’s TripleSafe Sump Pump was put to the ultimate test, and passed!

What is going to happen to your basement when the next storm strikes?

Call your local Basement Systems dealer today for a free estimate, and give yourself the peace of mind you deserve, knowing that your basement will be dry…all the time!

Back to Previous Page
Back to Videos 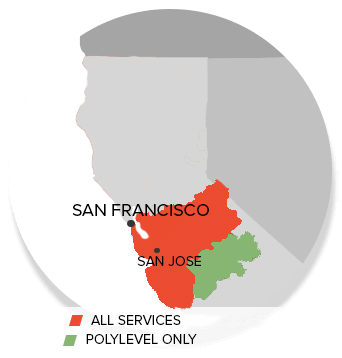